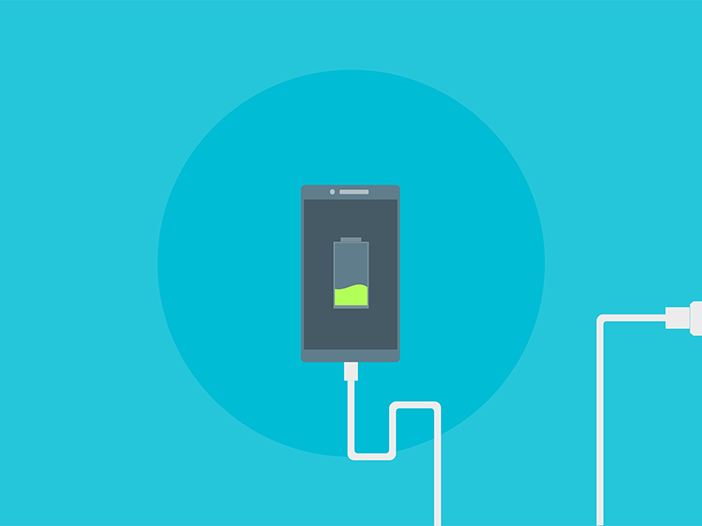 There are lots of misconceptions about the meaning of mAh as the terminology used in rechargeable batteries.

MAh is an abbreviation of milliampere-hour. This represents 1000th of an hour ampere, and the unit of electric power with time is measure by it. It is commonly used to express the energy storage ability of a battery by the manufacturers, especially in smaller units.

What Does mAh Stand For in Batteries?

Though mAh indicates the power storage ability of batteries, what does that imply?

When it comes to the batteries that are rechargeable, it is a measure of the charge that a battery is capable of holding and the duration of time that it will supply power to a device before recharging. The mAh consumption in devices is different, but the general rule is that the more mAh rating in a device is, the higher the charge that the device is capable of storing.

This implies that any rechargeable battery that has a high mAh rating will be able to supply power to a device for a long time. An example is a battery that has its rating for mAh to be 2500 will be able to supply 100 mA of power to a smartphone for 25hr. Therefore if the same device should be used with a battery of 3000 mAh, it will provide an additional five hours, making 30 hours.

Standard Sizes Of Batteries For Smartphones

As of present, the approximate mobile device battery capacity is slightly above 3,300 mAh, and the most used sizes vary between 2000 mAh and 4000 mAh. Though there are some exceptions but in rare cases where some will use less than the average or above the most popular ones.

When compared to some years back, the manufacturers of these batteries has increased the capacity slightly to enhance the demand for more energies. For instance, the iPhone that was used before the iPhone 6 was released was equipped with lithium-ion 1500 mAh batteries.

But as many phones keep trooping the market, the 4000 mAh battery may not necessarily be standard in a few years. For example, the famous Samsung Galaxy A9 Pro has a battery capacity of 5000 mAh, which will power the device for a day plus. Some of these smartphones are even having 6000mAh capacity battery, and the standard example is the Samsung Galaxy M20. This is because the battery is becoming a top priority in rating devices.

How Long Will The Battery Last Based On Its mAh Value?

It has been in the interest of most people to know the capacity of their cell phone batteries in other to have the insight of the duration of time it will take them in a single charge, and the time it will take before needing another charge. This is particular in travelers that are taking a long flight to decide if there is a need for an extra battery or a portable charger.

Hence those buyers that have knowledge of what mAh means always ensured that they checked the mAh value of a phone battery before buying it or before replacing a battery. MAh is an important specification of a battery that every potential user of a phone should know so that they can take precautions when necessary.

Also, to extend the battery life and the duration of usage of your mobile device, you can make use of power banks. For instance, the famous iPhone 7 has a battery capacity of 1960 mAh, which can last for 14 hours of active talking and requires two and a half hours to charge completely.

Now, since the iPhones usually come with an in-built battery and replacing with a higher capacity battery may not work, you can use a power bank to extend their lifetime more than twice the original. This will enhance the time of performance of the phone and serve as an alternative to the use of a second battery or a more powerful battery that is not attainable.

Understanding the duration of a battery may not be that easy. The below technical specifications will give an average of battery performance, though the values are different based on the model and brand; likewise, the time of use of the phone is a significant determinant.

The kind of usage has a significant effect on the battery life of a device. This implies that if an android phone is always in use and battery draining operations like music stream, video games as well as watching videos for several hours, there is a higher tendency of the battery to drain faster.

But if a cellphone is used only to do simple operations like short calls and messages in a conservative way, the battery is likely to last longer, and there may not be any need for recharging it always.

As a rule, though not written, the regular battery for most of the cellphones is lithium-ion, and they can remain valuable for up to three years. This is good enough since these phones are most actively used.

Nevertheless, there is an upper limit to the number of charges they can bear before deterioration, which is estimated to be around 300 to 800 times on active use. A charge cycle is the number of times of discharge-charge on battery usage. Therefore the life of a cellphone battery largely depends on the usage habit.

Though those batteries that have higher capacities typically have longer duration when in use compare to those that have a lower ability, they are most of the times not suitable to many devices. The manufacturers of the battery usually fit many cells to a single battery to have a higher capacity.

The chemical activities that are needed to generate electricity take place in cells. When the cell count of a battery is increased, both the weight and the size of the battery will also increase, and this will limit its use in smaller devices like netbooks and cellphones.

The overall activities of a battery are also affected by the electrical discharge speed and temperature. Those batteries that are not adequately made easily heat up, leading to a degraded capacity or decrease in performance.

So, battery size has an influence on the capacity of a battery, and the capacity is also dependent on the rating of the milliampere-hour (mAh). Therefore, when choosing a device to use or want to replace a battery, we are careful of these parameters. We ensure that what we choose is suitable for the purpose of which it will be to use.

How The Battery Life Can Be Calculated

Below are the formulas and the concepts that are convenient in the calculation of a cellphone battery performance. There is also a concept that can be used to compare varieties of batteries.

This exchange of mAh for Watt-Hours is achieved with the aid of the formula below:

The unit Wh is used to denote the amount of energy that a battery is capable of supplying before it will die.

To calculate the battery life, the rating of current in mAh and the load current of the handset (circuit) is used, and they have an inverse relation:

For instance, a battery of 5000 mAh that is used in a Samsung Galaxy A9 Pro that has a current load of 195 mAh will take up to 25 hours and more before it will require a recharged again. This is due to the standard relationship between the load and the battery capacity.

It is of utmost importance to almost everyone to go for devices that will have a longer-lasting battery, but the only way to achieve that during shopping is by knowing these parameters. Therefore if a high-quality battery is aimed, the above-listed factor should be taken into consideration.

In summary, the higher the value of millimeter-hour, the more the duration of the battery. This is not the only determinant of battery life because the type of usage and the device’s current output has a role to play.

The lifespan of a battery is dependent on the discharge-charge number that is experienced. What does mAh stand for in batteries has been a question that many have asked due to controversies that surround it and we are sure by reading this article, you are no longer in the same situation.

My name is Dave and I‘m an avid tech enthusiast with a passion for all tech gadgets. I’m constantly researching the latest trends and testing out the newest products on the market. On my blog, I share my knowledge and experience with others.